We went to Costa Rica over a month and half ago and I am now just getting to go through pictures. Even though Facebook and Instagram make it even easier to post to the net, it’s nice to do this the long form and put some context around the pictures and videos. Instead of trying recall what all happened on the trip, I am going to break this out by subject.

Cahuita is a small not-so-touristy town on the in the Limon Province in the southern part of Costa Rica. It’s not even 40 miles to the Panama border. My father-in-law through months of researching (because that’s what you do when you’re retired) decided on this town because it was just off the beaten path within range of several activities, and it had a house with a pool which was his grandson’s number one request for going on vacation.

The trip to Cahuita is a four hour drive from the international airport in San Jose.

Unfortunately for us our drive was over 8 hours. Starting the trip off right, we got lost in San Jose. I had not turned on my cell data and Google maps sent us through some sketchy parts when it couldn’t reroute right away. Note to self: Google Offline Maps doesn’t work perfectly. Once we got on the road, which is two lanes all the way, we had multiple stops.

The law in Costa Rica is that when there is a car accident nothing moves. Nothing. Nothing till police and insurance adjusters get to the scene of the accident.

I think we encountered multiple accidents. It was a long drive in the dark and rain. Thankfully Grayson was a little trooper with a fully loaded Kindle and battery backup. Although at one point he ended up spilling over sideways and falling asleep.

As the saying goes, “It’s not about the destination but the journey.”

We got to the house late in the evening, but we woke up we were greeted with some beautiful sites. 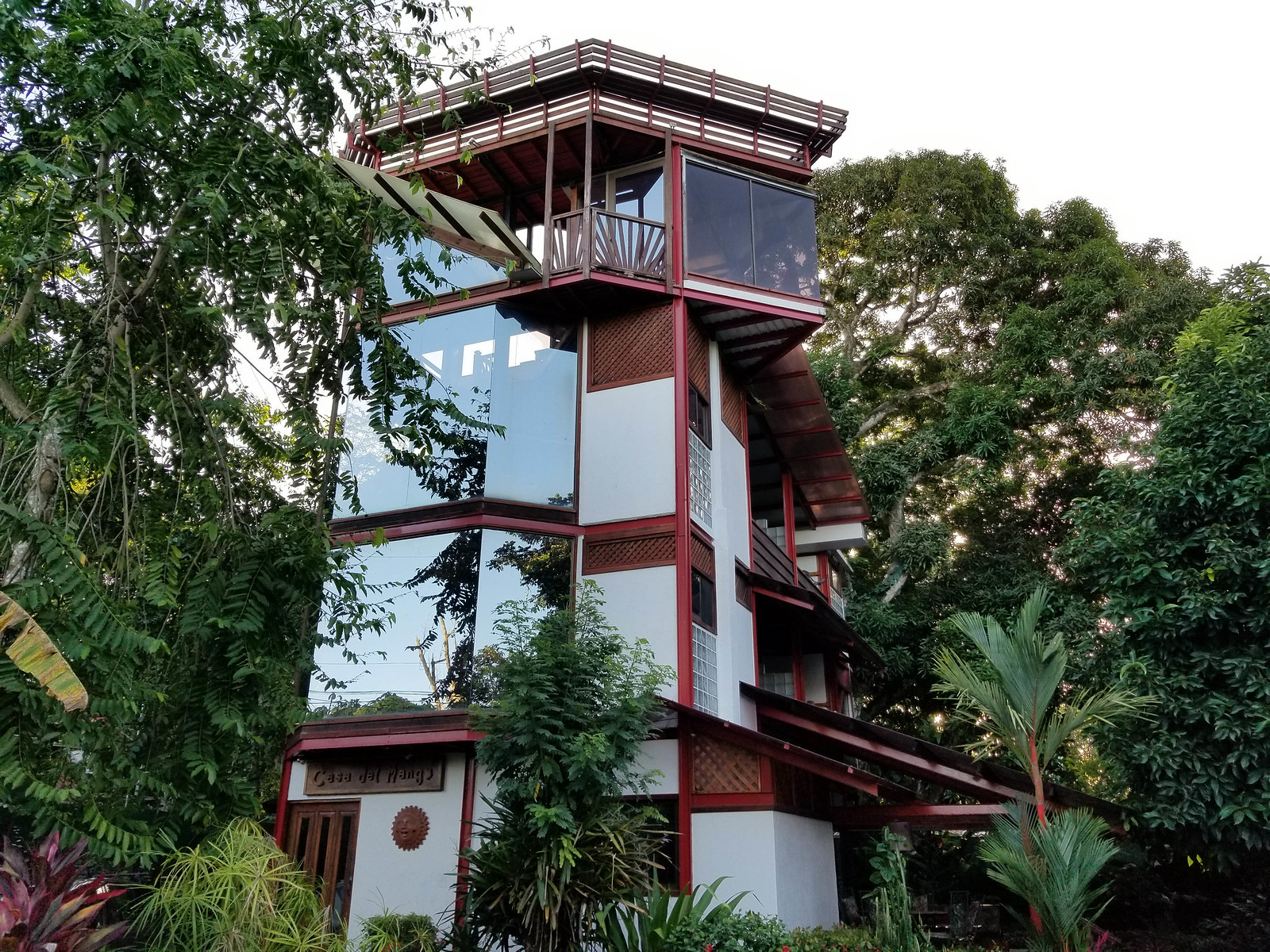 The house was amazing. It was all open and super eco friendly. No AC, but it was still comfortable with plenty of fans. It also helped that there was a pool. 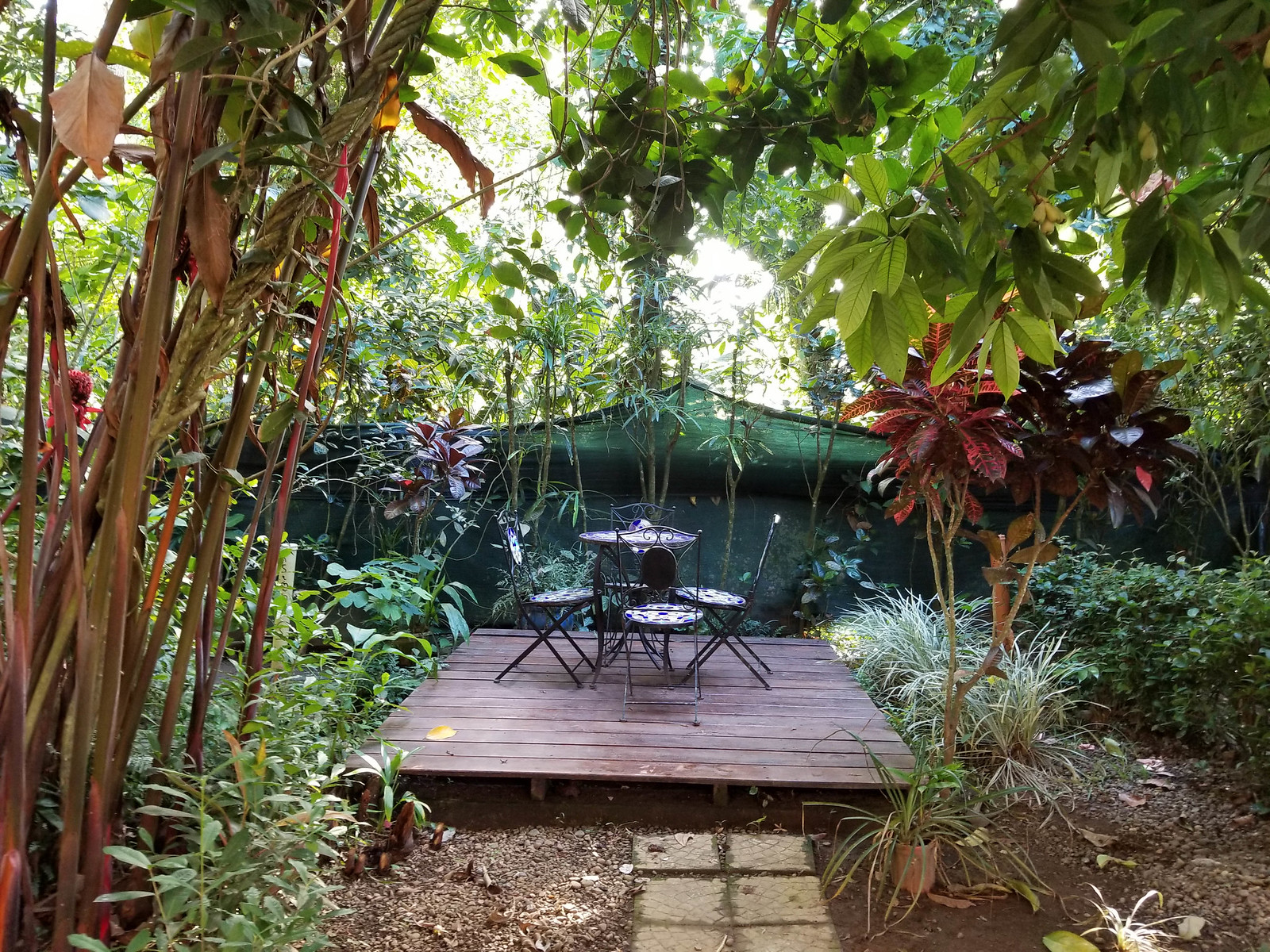 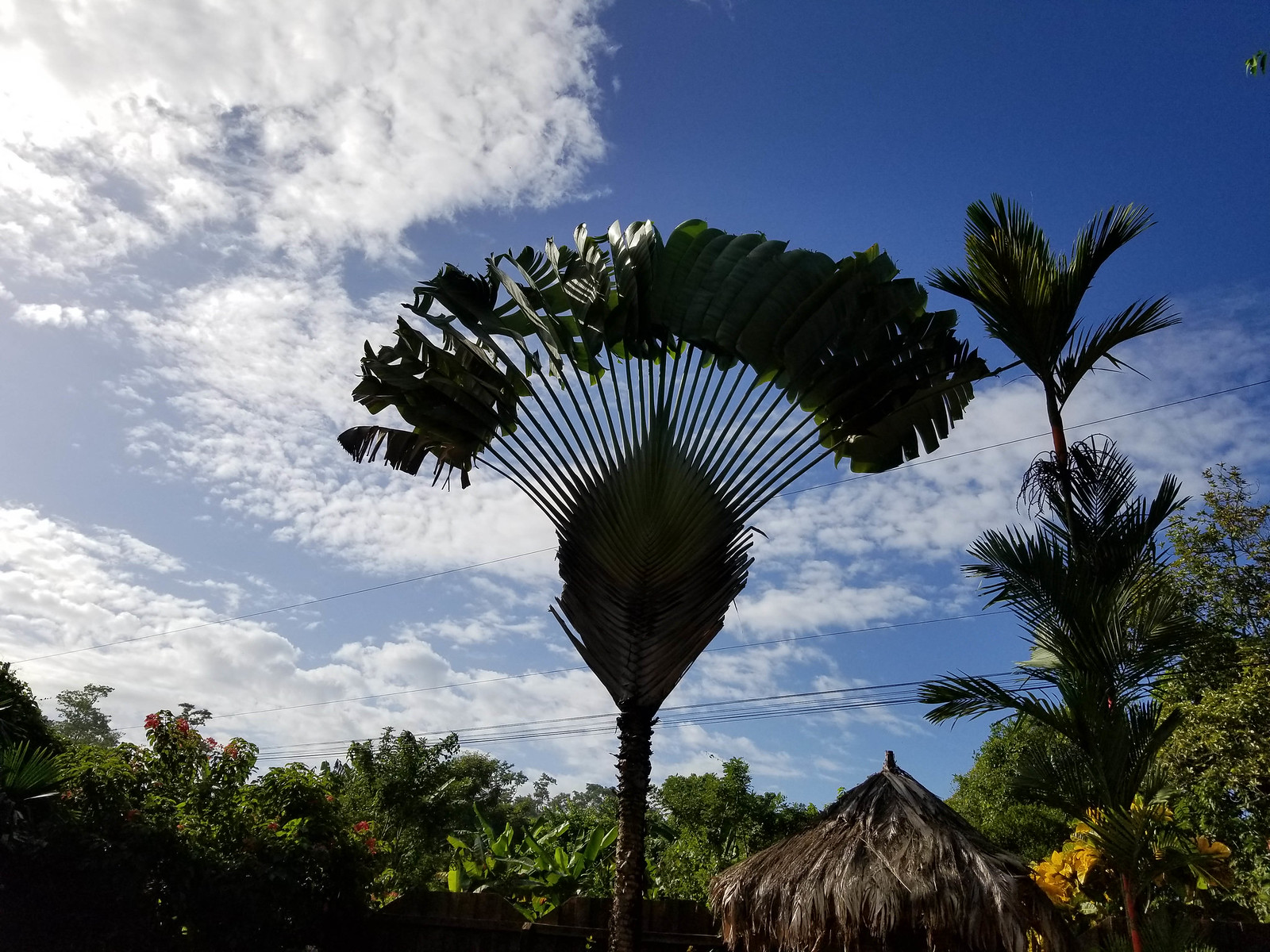 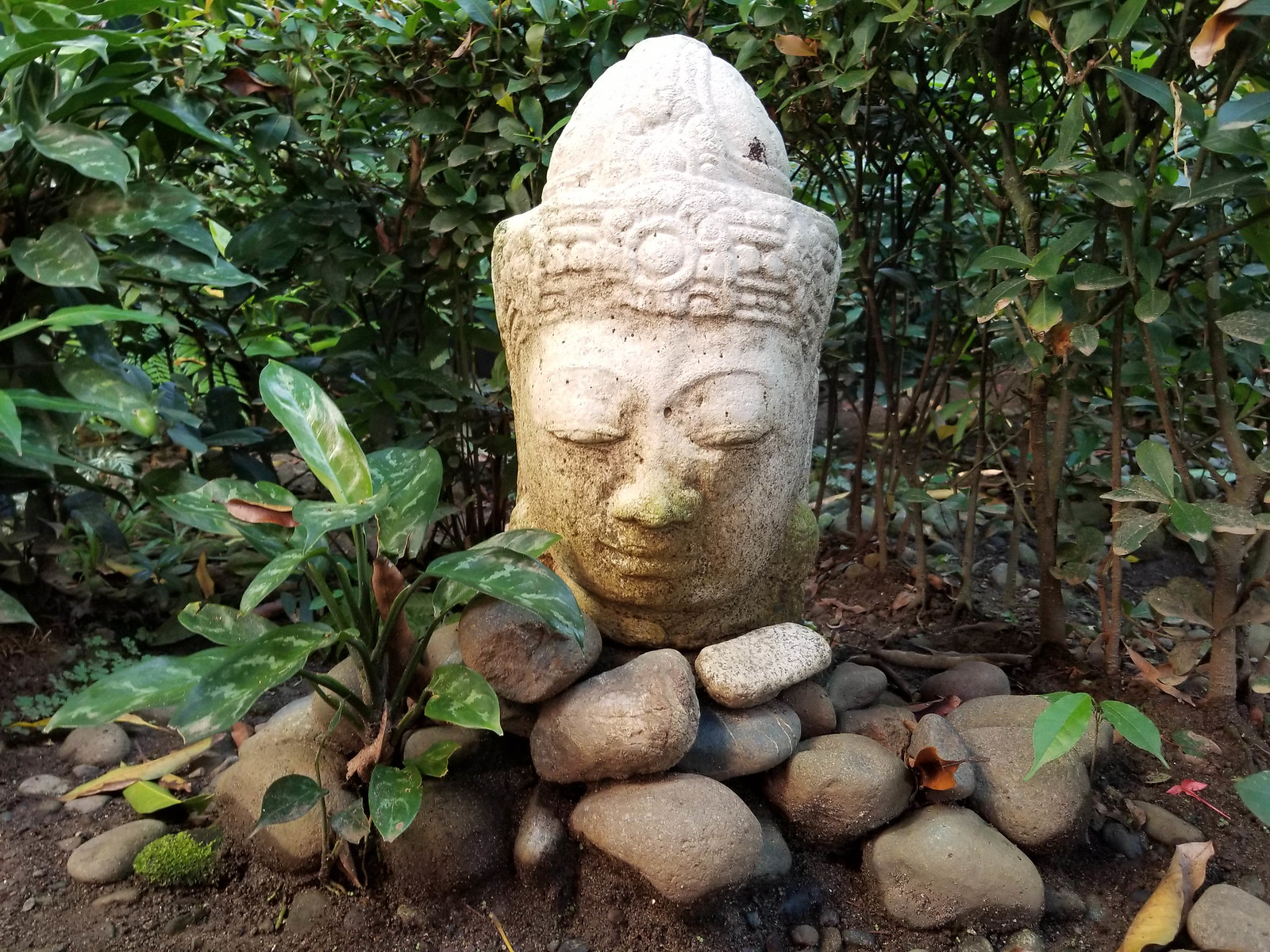 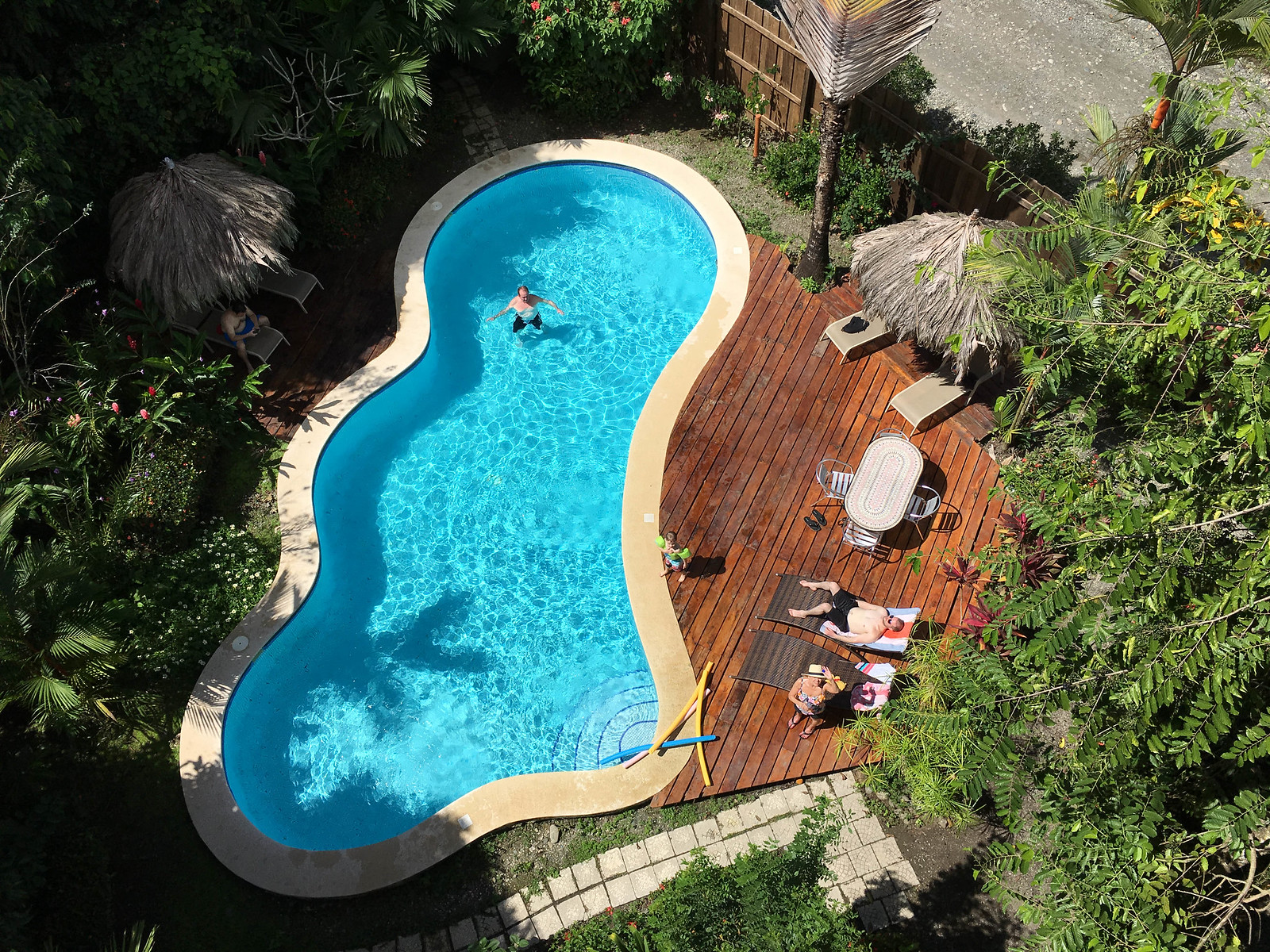 The town is walk able and really quiet compared to Puerta Viejo. You can walk the whole town in less than an hour. Bonus is that the center of town bumps up to Parque Nacional Chauita. 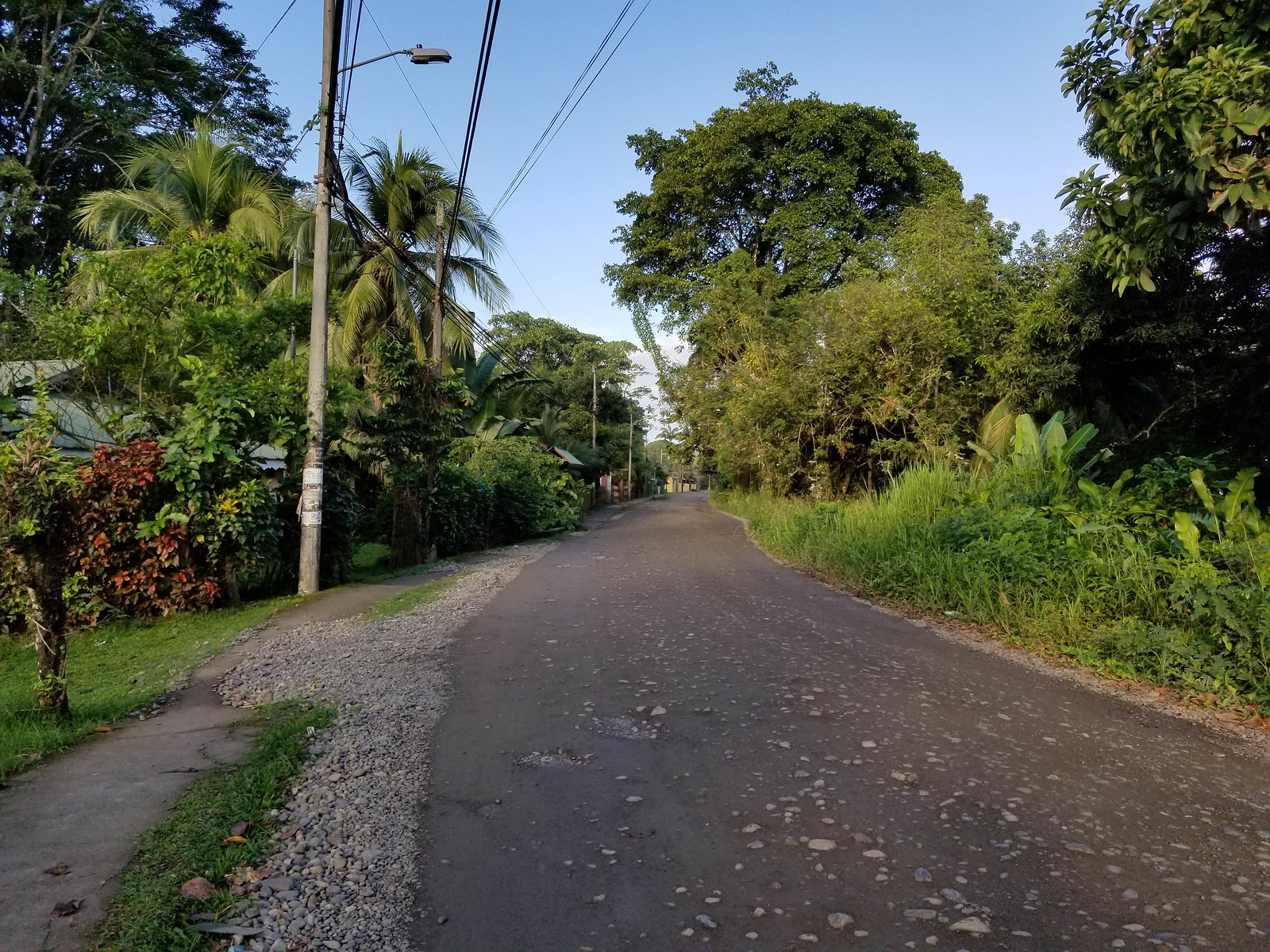 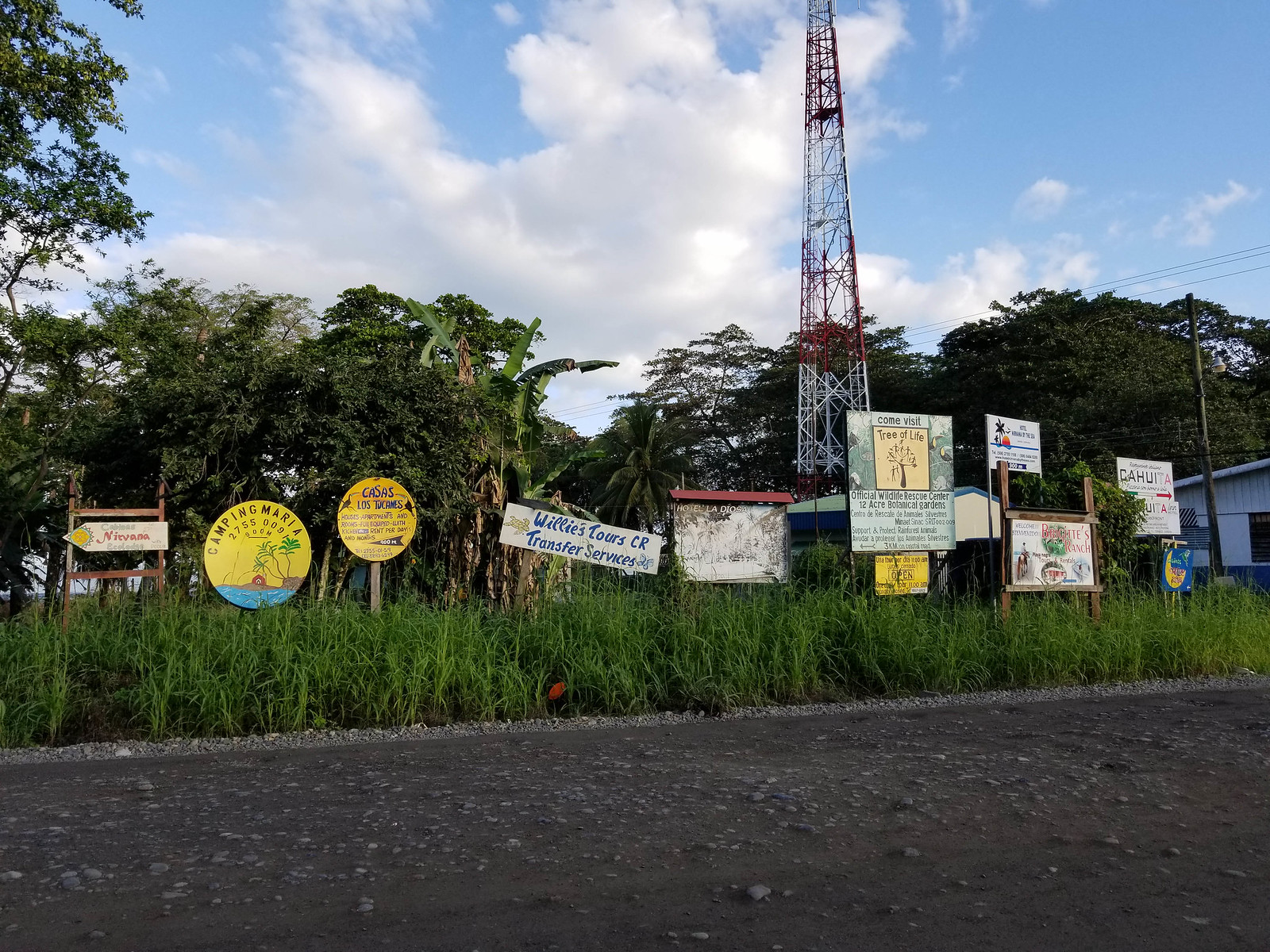 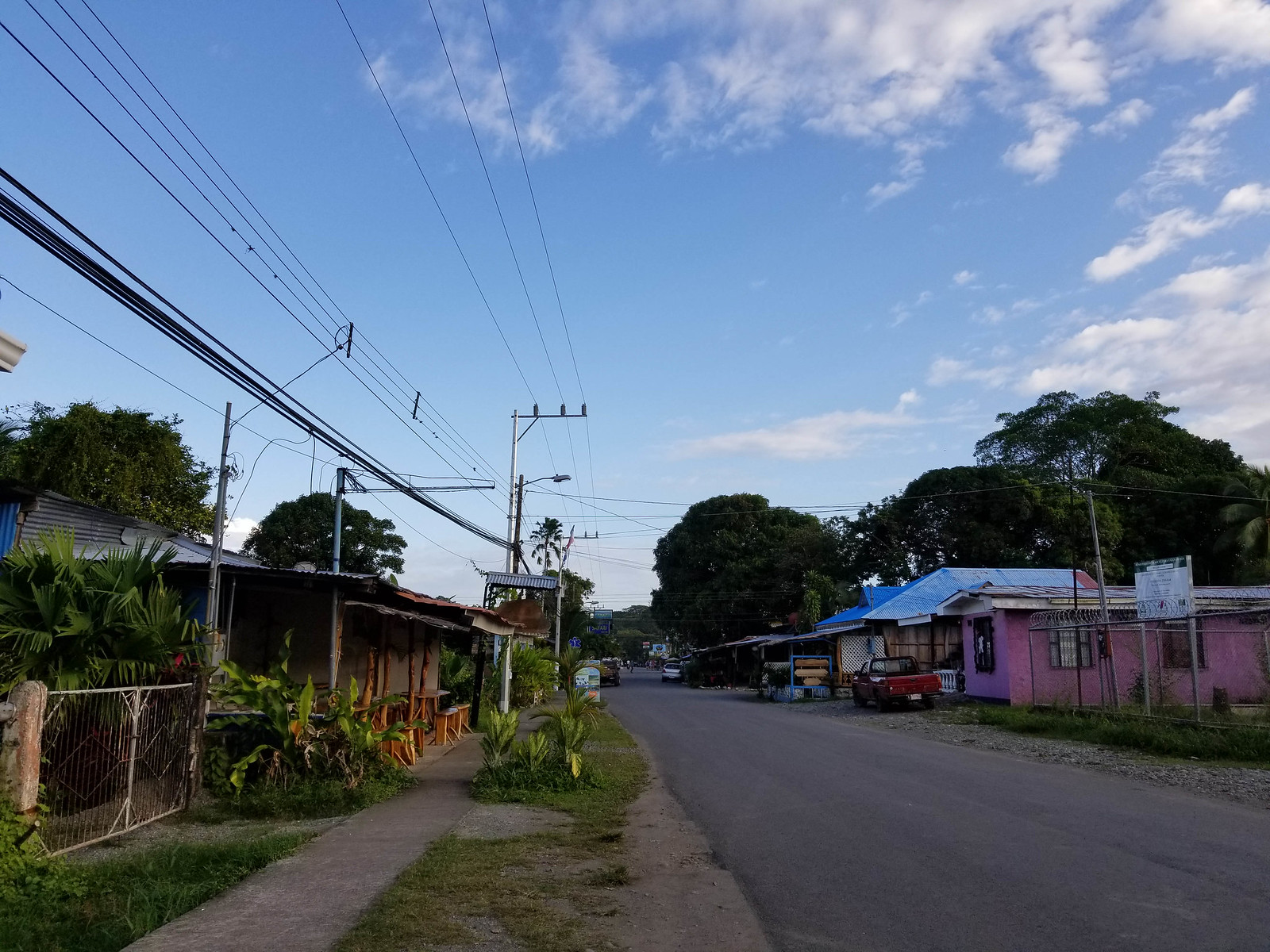 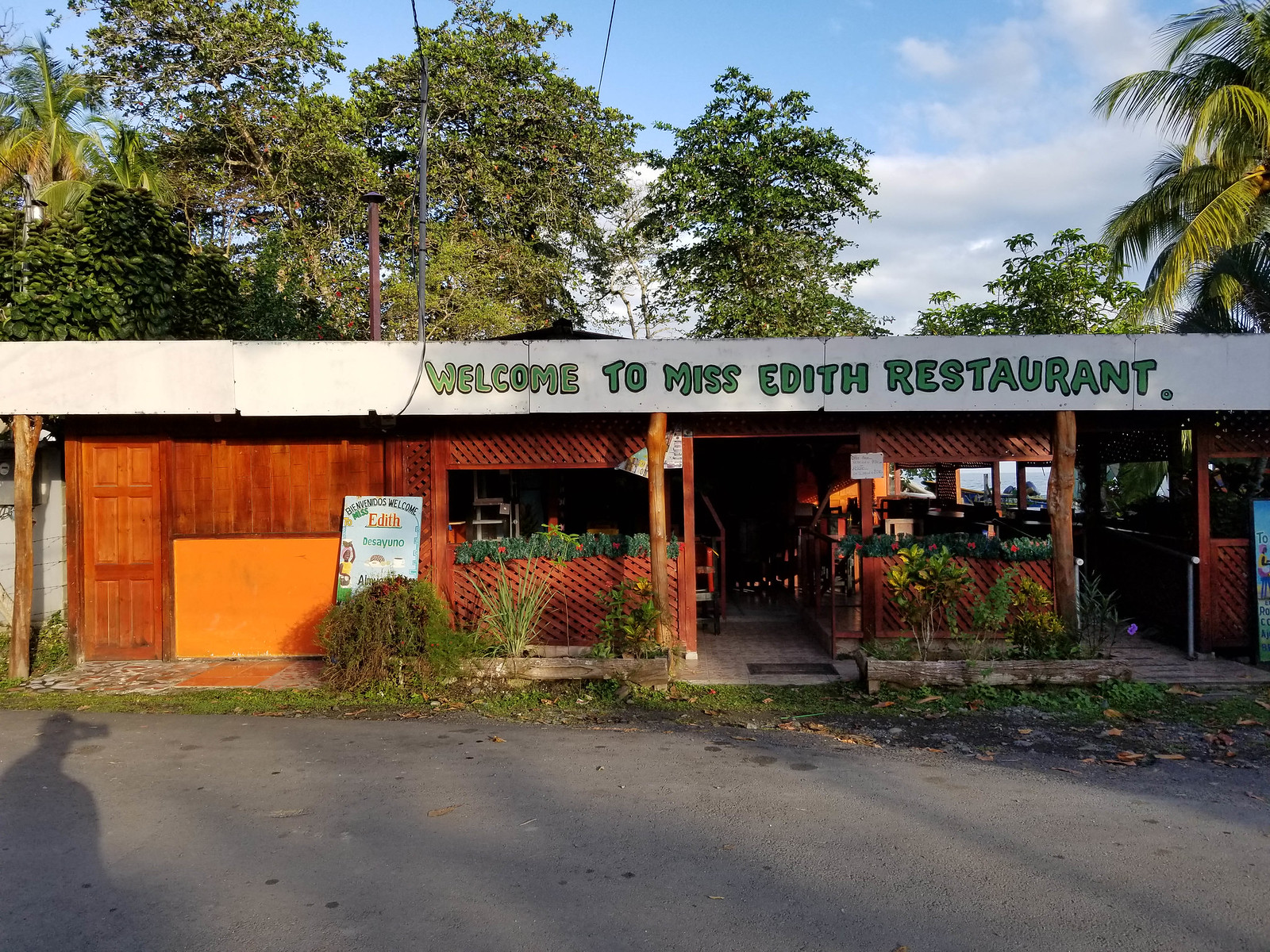 All the restaurants were open air. Above is Miss Edith’s. This one of our favorites. They had the best rice and beans, a Costa Rican staple. 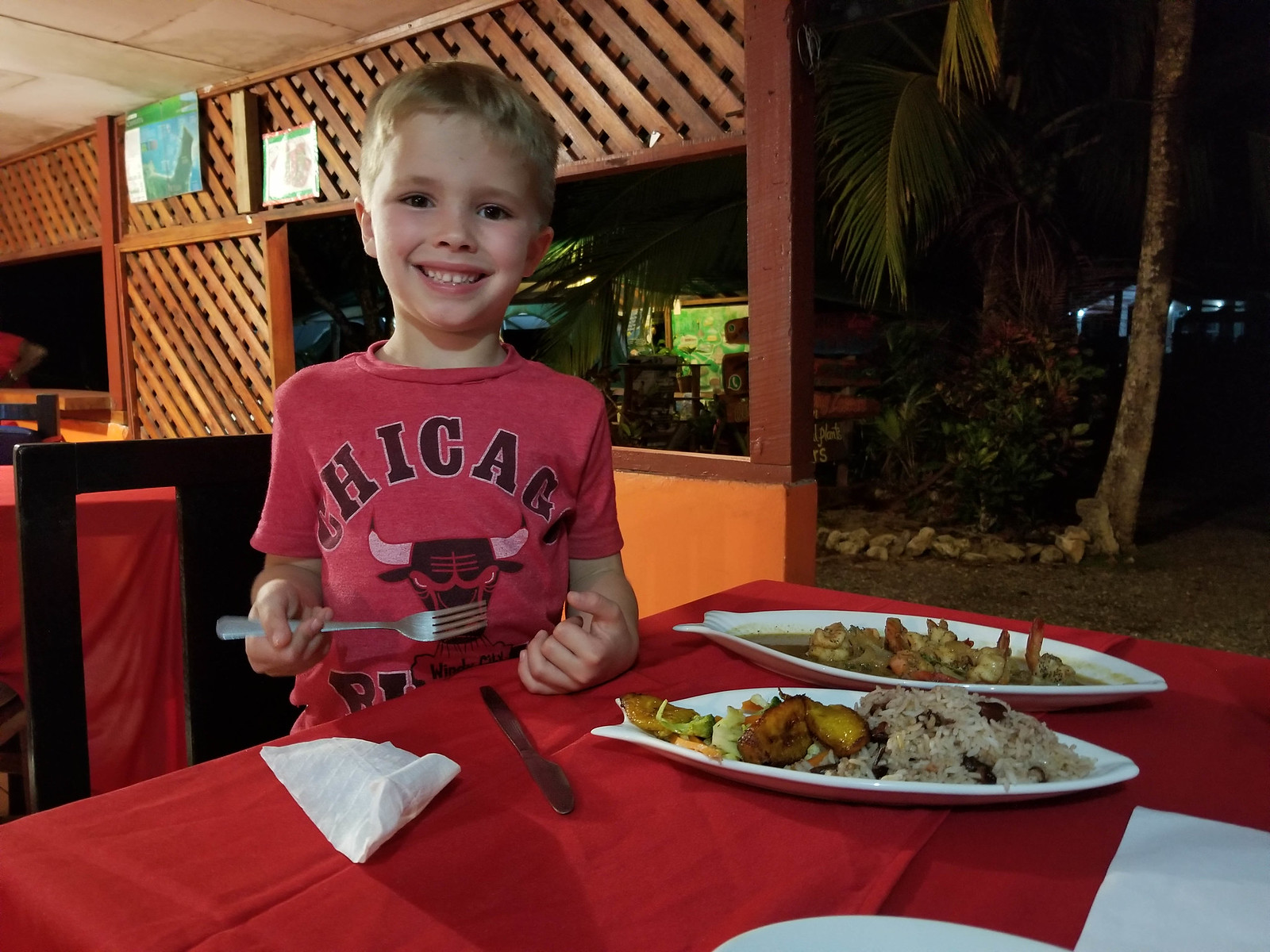 We actually had lunch and dinner in Miss Edith’s on the same day. Grayson became a big fan of shrimp on this trip.

Culinary note: Dishes are prepared one at time. And delivered as soon as they’re ready. Be ready to be patient, enjoy the sights and sounds have another Imperial. 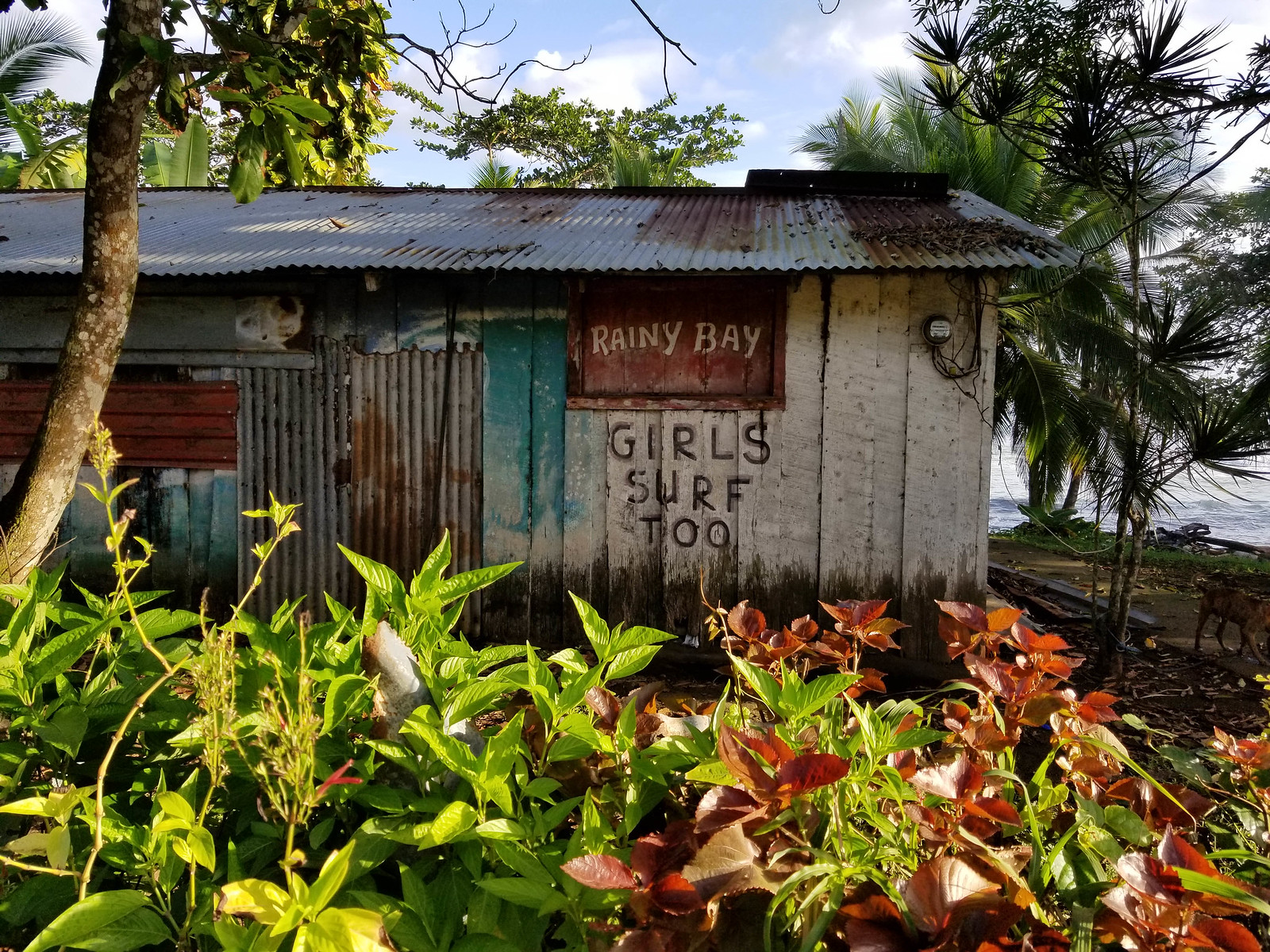 What may look like a shack is actually someone’s home. I was exploring early in the morning and walked up to what looked like an abandoned building. It was not abandoned. 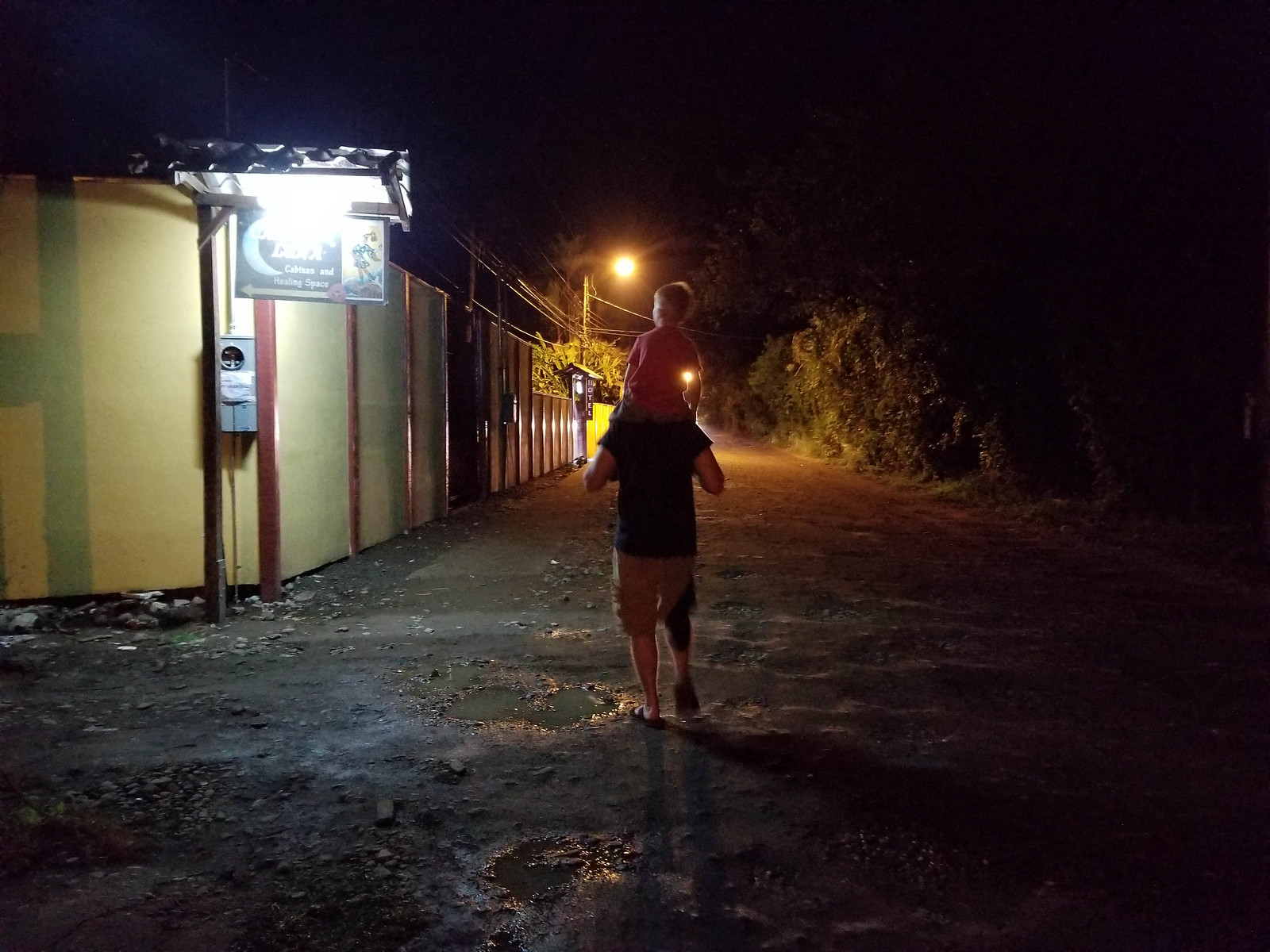 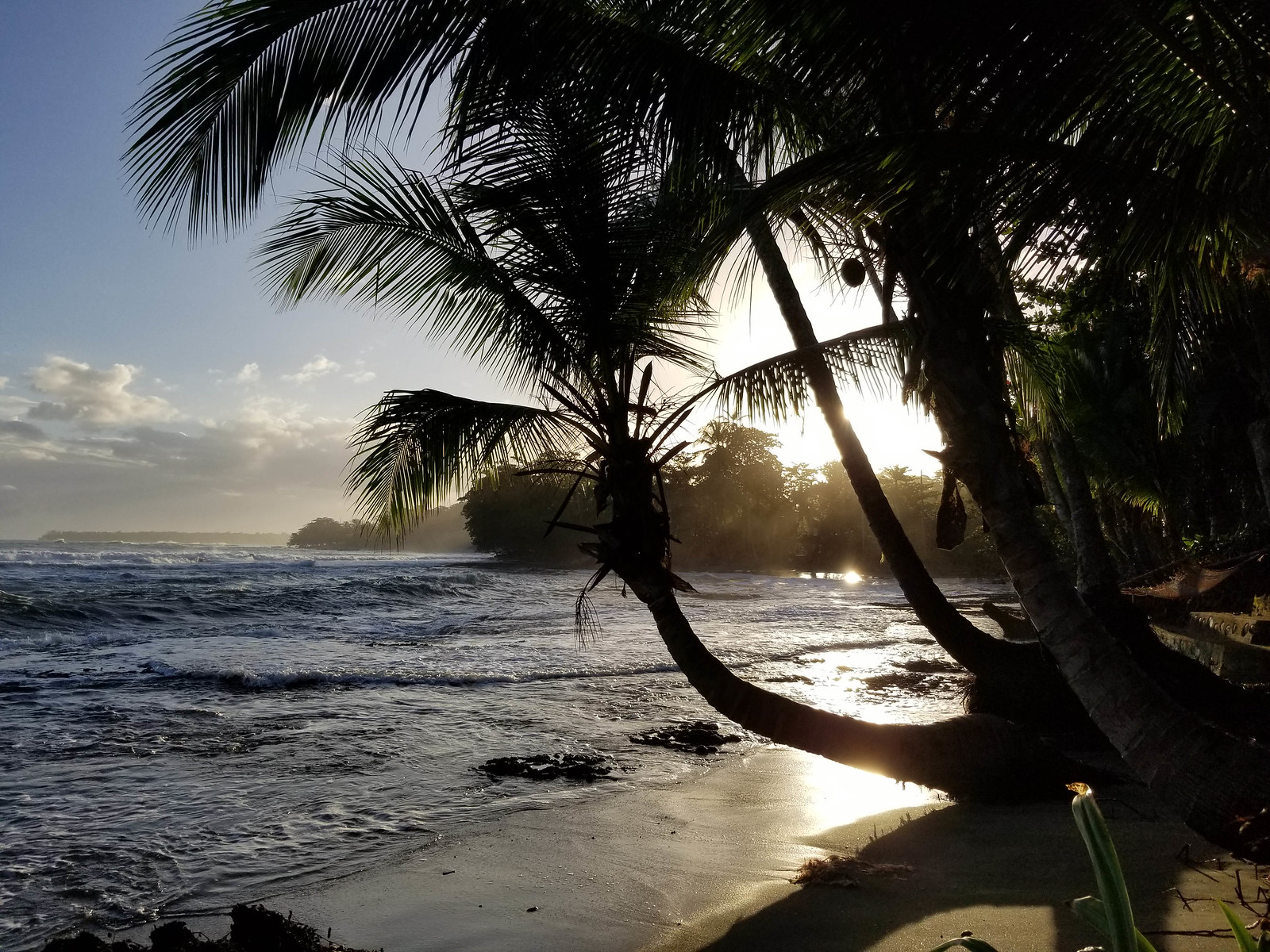