First it was blogging, then it was Facebook, then Twitter, now Instagram. Just easier to take a picture to reflect on where you’re at in the world. So here’s an update and some connotation with the pictures. 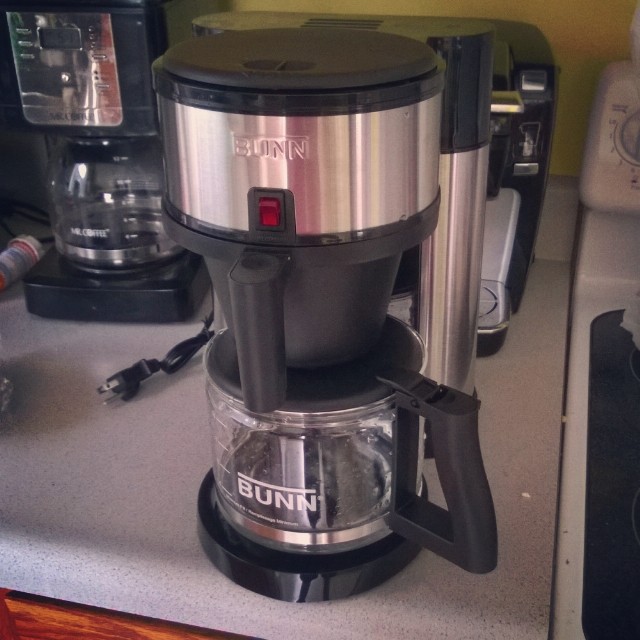 Had a birthday. Got a new coffee maker. Even better, Bunn is a local company which I know a few people employed at. It might be the coffee snob percolating out of me with my locally roasted Custom Cup Coffee, but I believe I can taste the difference. I realized it the other day when I ran out of the good stuff and brewed something that I had sitting around. Not good. 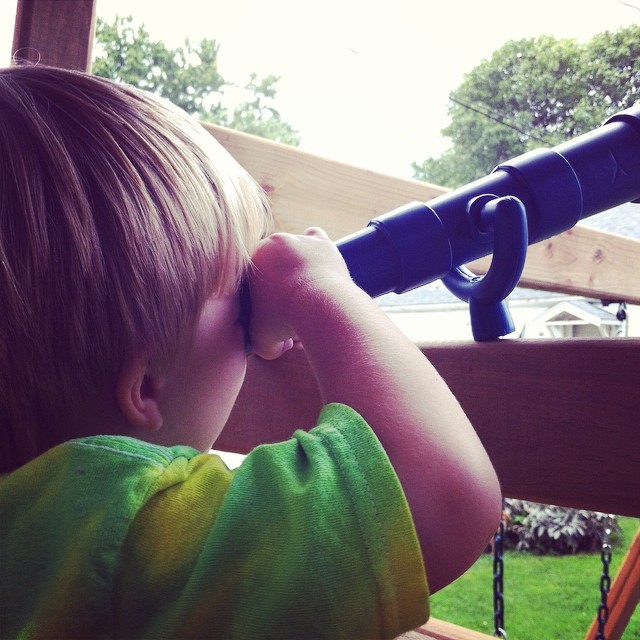 Grayson wanted a swing set. It is the tool that got him potty trained so quick. It took some time over a couple of weekends to put it together even though it arrived mostly assembled. Thanks to Pa-Pa, Bob-Pa, and Uncle David for the help. 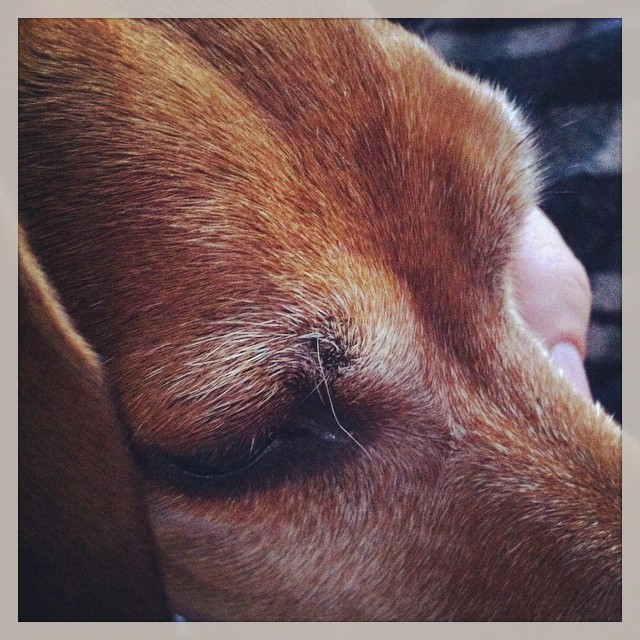 Buddy is my first furball. He reminds me that I’m not getting any younger. 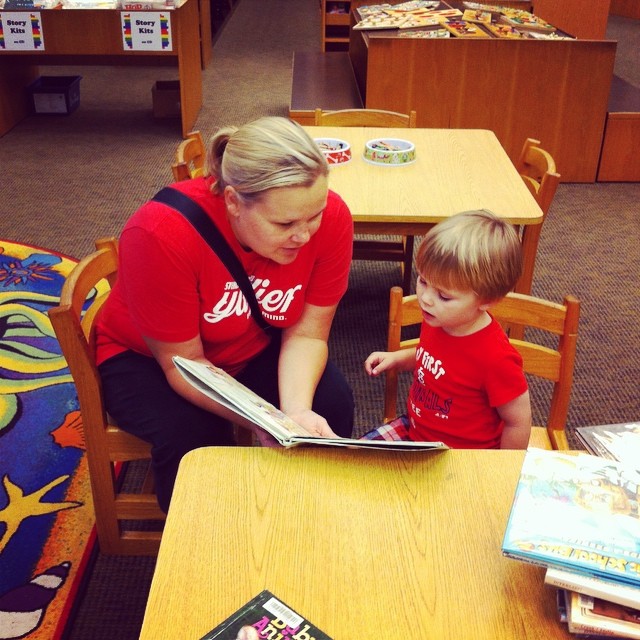 We are big fans of the library. And since we live in one of the donut holes of Springfield, we especially make sure to use our $80 library card. 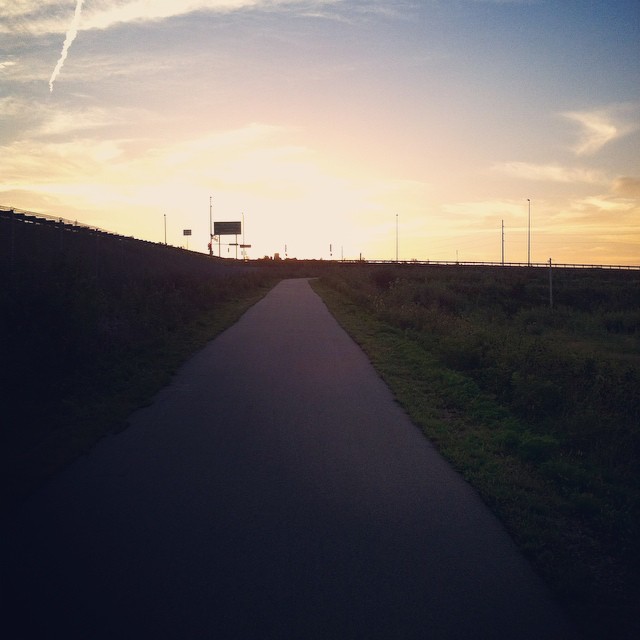 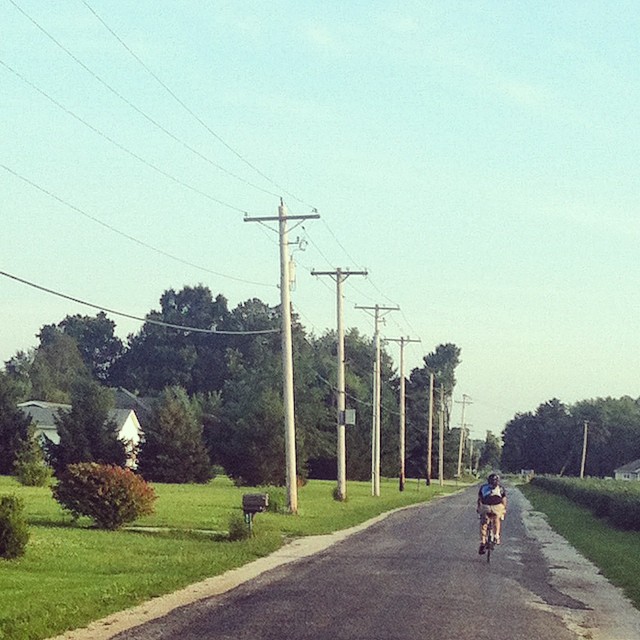 I’ve put on some miles on the bike this summer. Of course it’s documented on Strava. 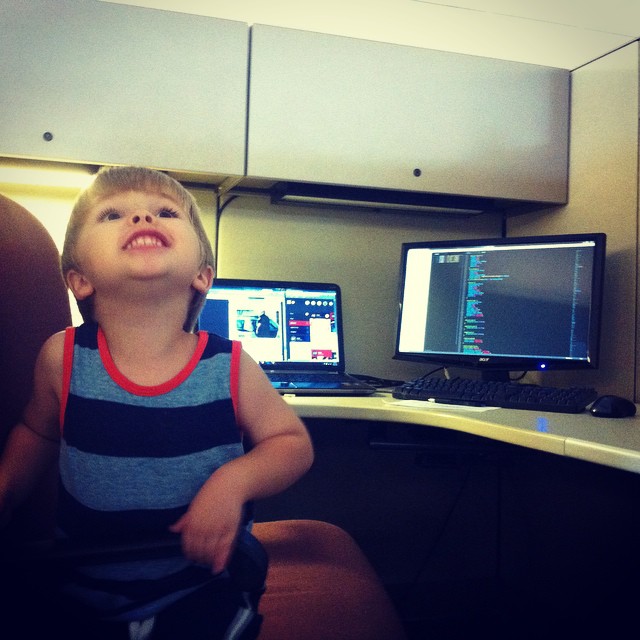 I’ve been working out of my west side office lately. This dude has stopped by a few times. If only I could get him to hit the right keys. 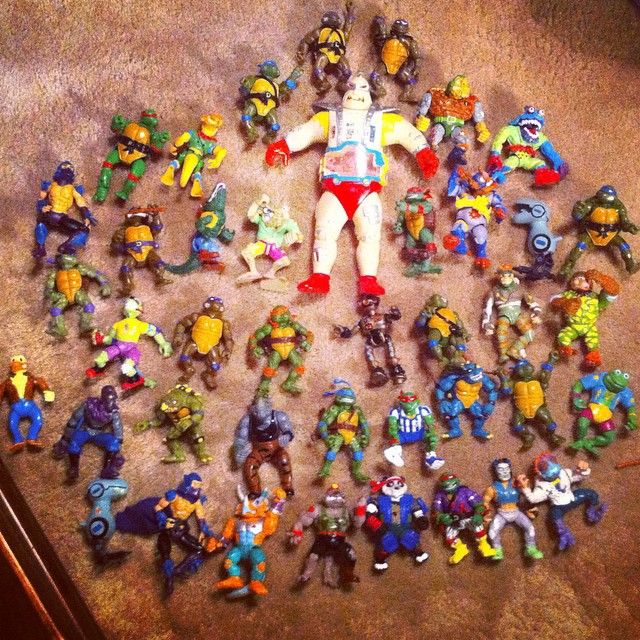 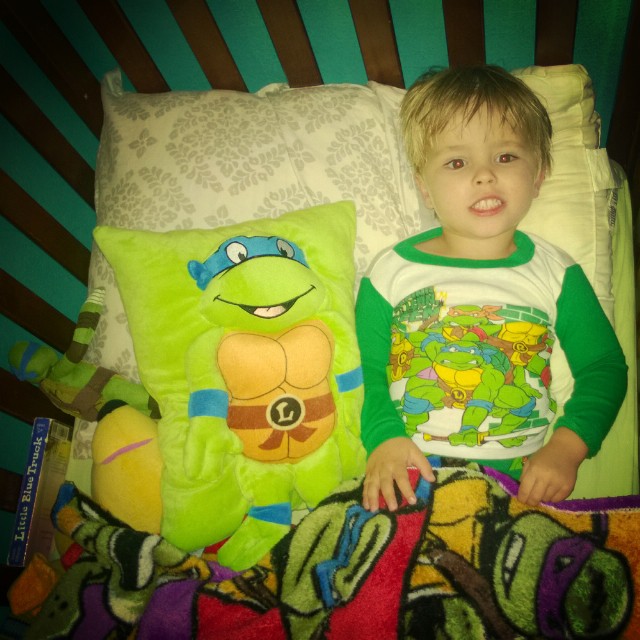 As mentioned in previous posts, Grayson is obsessed with Teenage Mutant Ninja Turtles. Grammy and Bob-Pa have been fueling the fire with related #TMNT paraphernalia and his Uncle Sean’s old turtle collection. It is neat to see him get so geeked about something at such an early age.