Last weekend I went up for my annual pilgrimage to Chicago for Lollapalooza 2013, a 3 day music festival with over 300,000 people attending. This was my 5th. 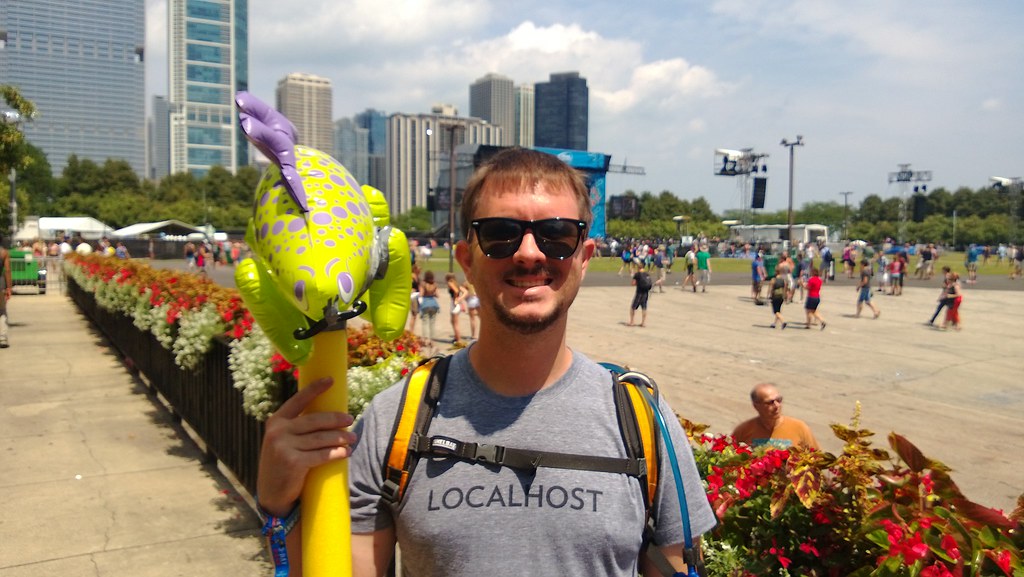 As a tradition, and a great way to find people, we stick Danny the inflatable Dino on a pool float. We carry him around as a badge of honor. It’s also a great way to meet people and find old friends. The dino in the picture above is not actually Danny. Danny #1 died in Lolla ’12 from a meteor or too much wine on wine day. Stego, aka Dustin, was the stand in. We brought Danny back to life for days 2 and 3. We used real Jurassic Park technology to bring Danny back to life. We Amazon Primed / cloned him. 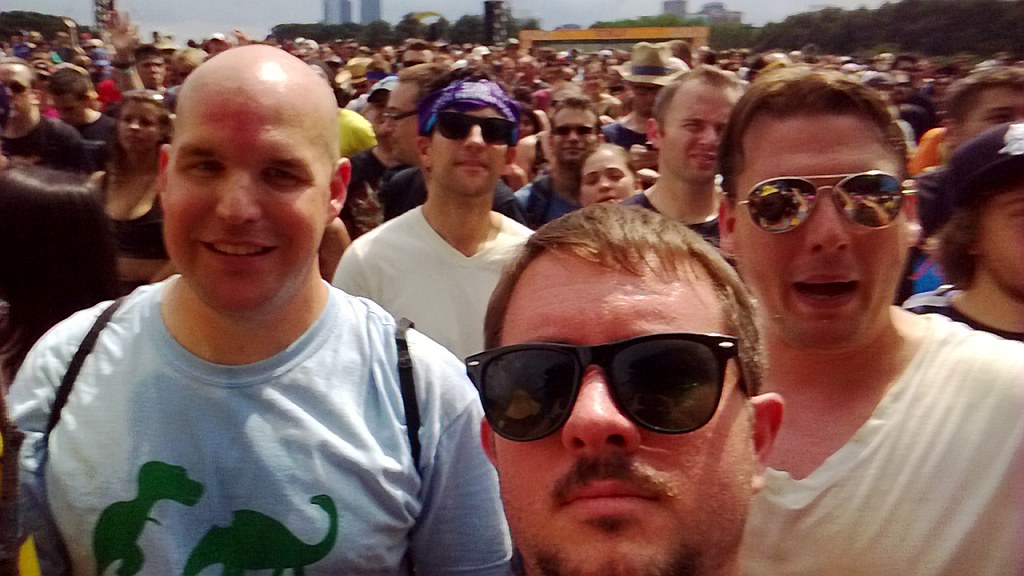 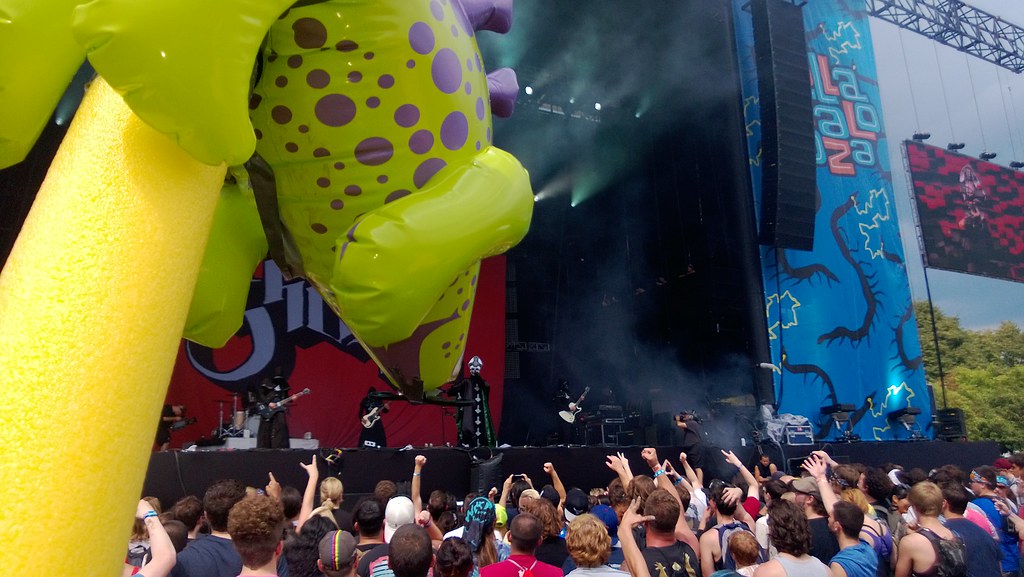 Stego had a mustache too. Just rocking out to some Swedish Death Metal. 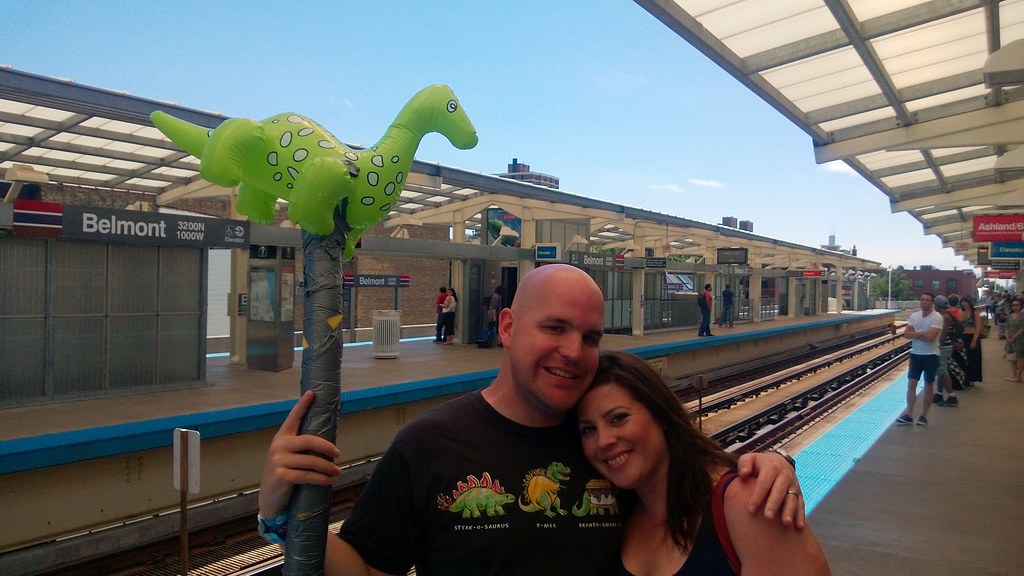 Danny on day 2, ready to ride the Red Line and party it up. 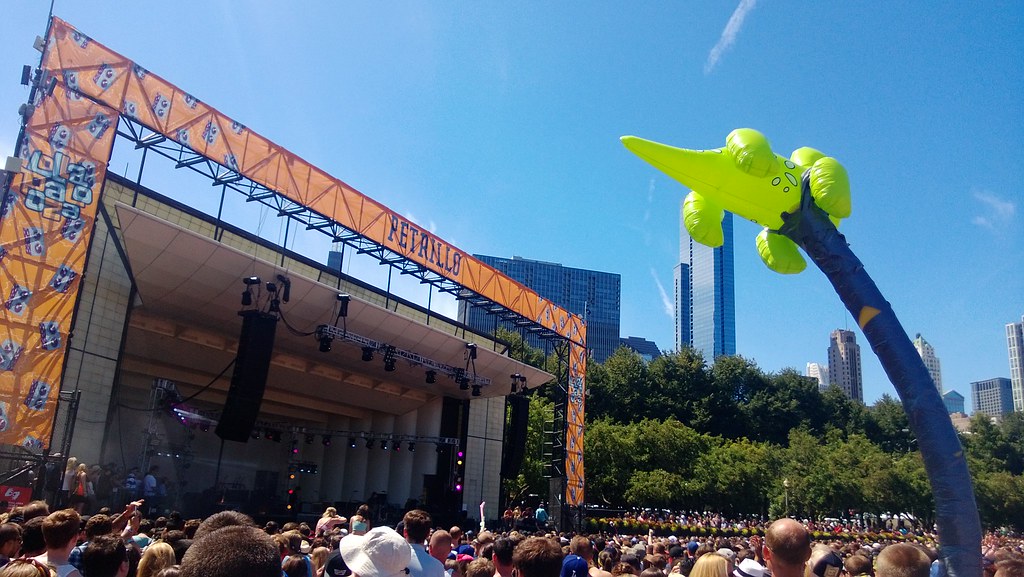 He is really hard not to miss. 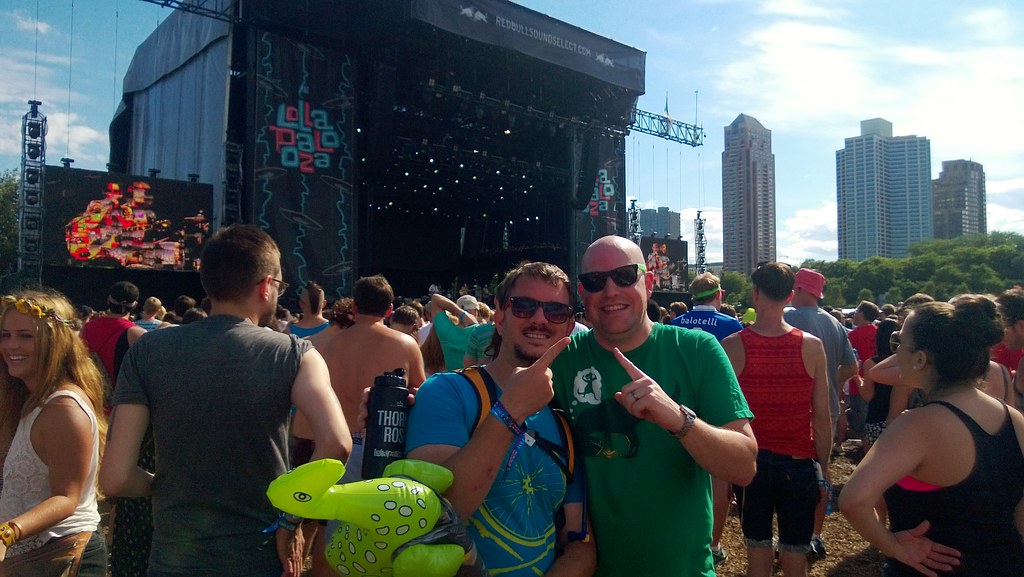 A carry over from the 2004 Cardinals World Series. Number 1. Which they lost. 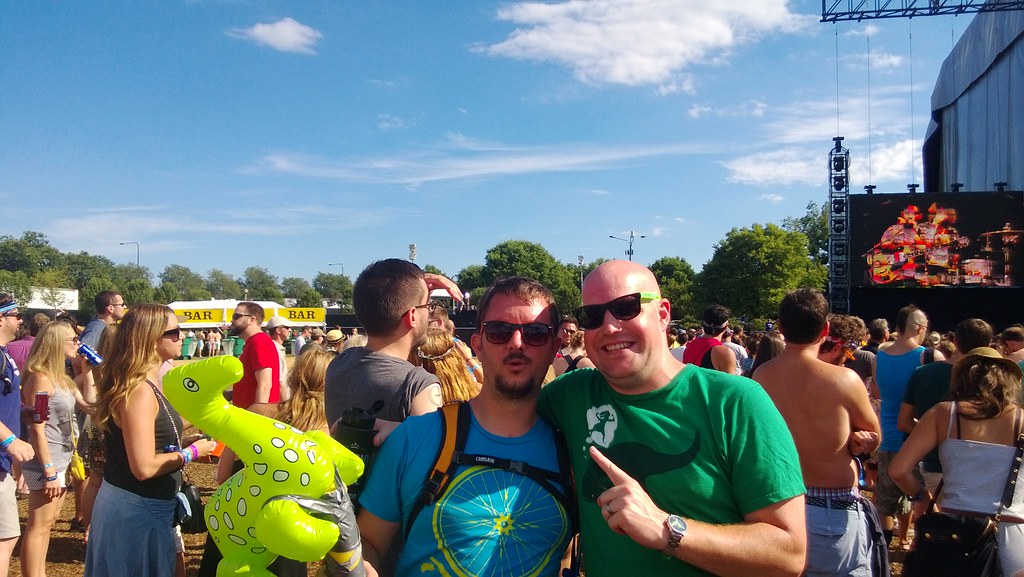 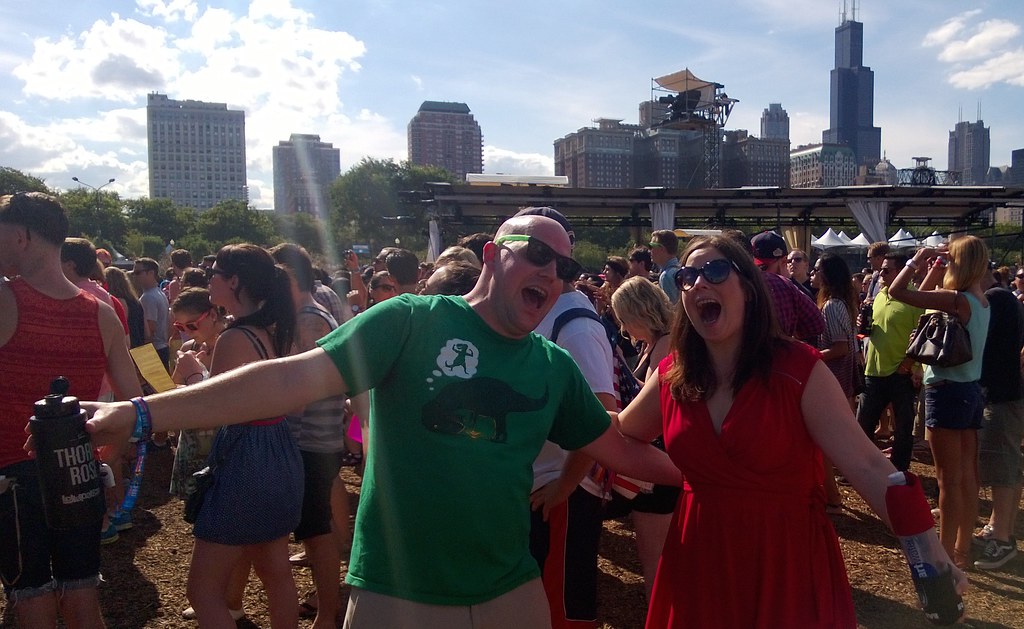 How can you not have fun with these two! 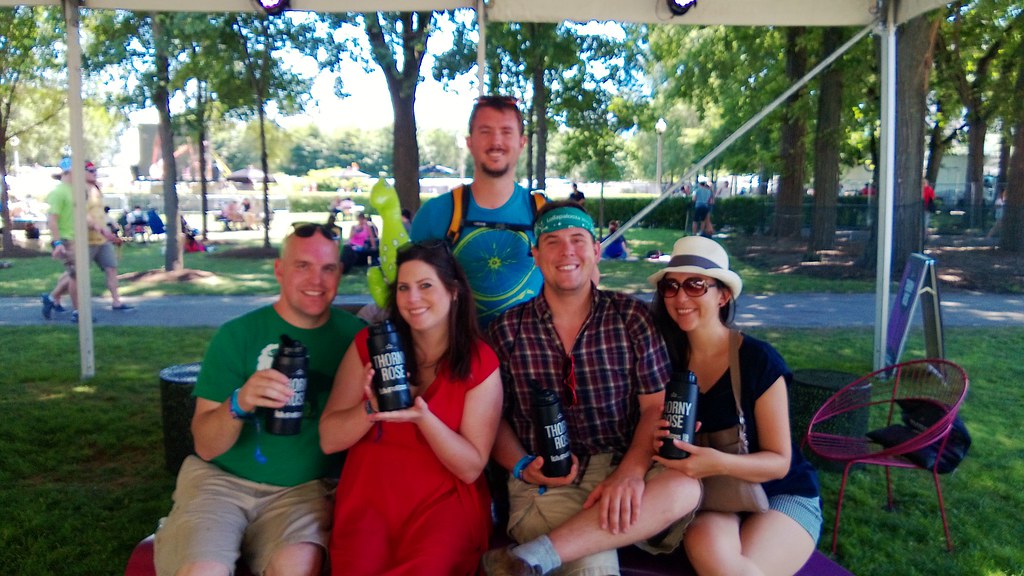 This picture is fuzzy because a stranger took it and it was wine day. Everything looks fuzzy on wine day. 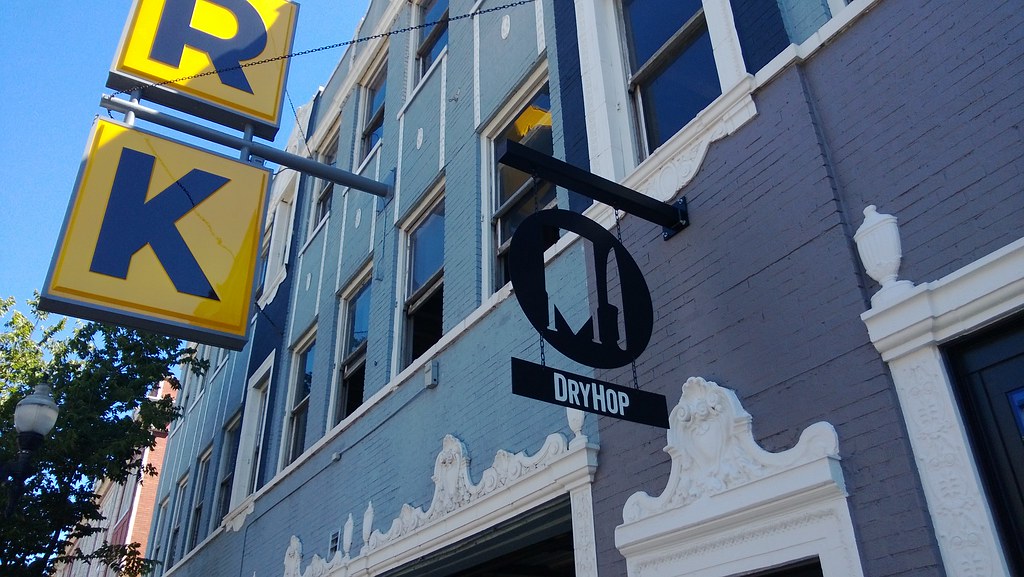 Epic lunch. Best burger! Danny even made their Instagram! Fact: I ate almost 8 hamburgers in two days. By the third day, I had given up on eating. 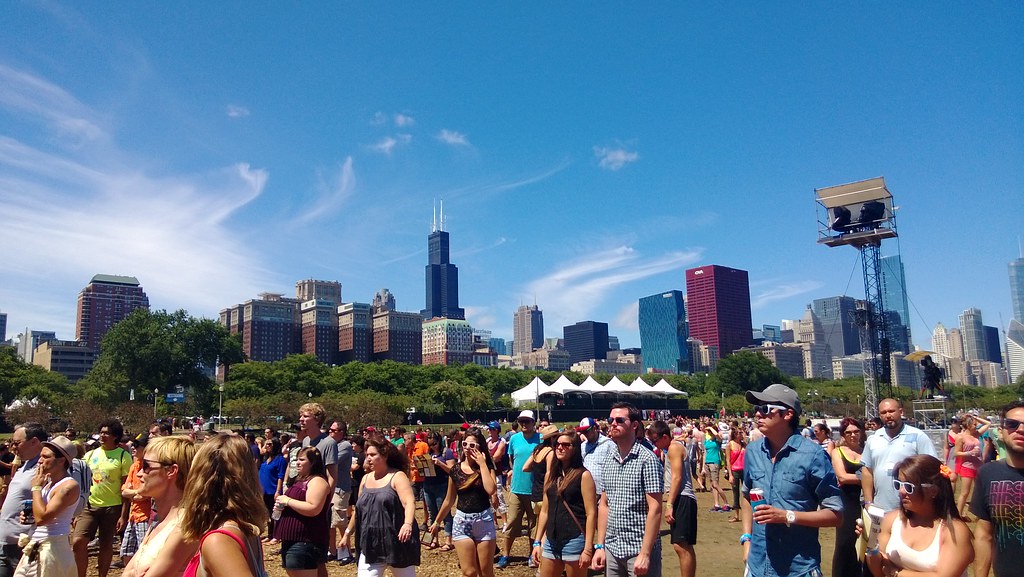 A beautiful sky drop for a concert festival! 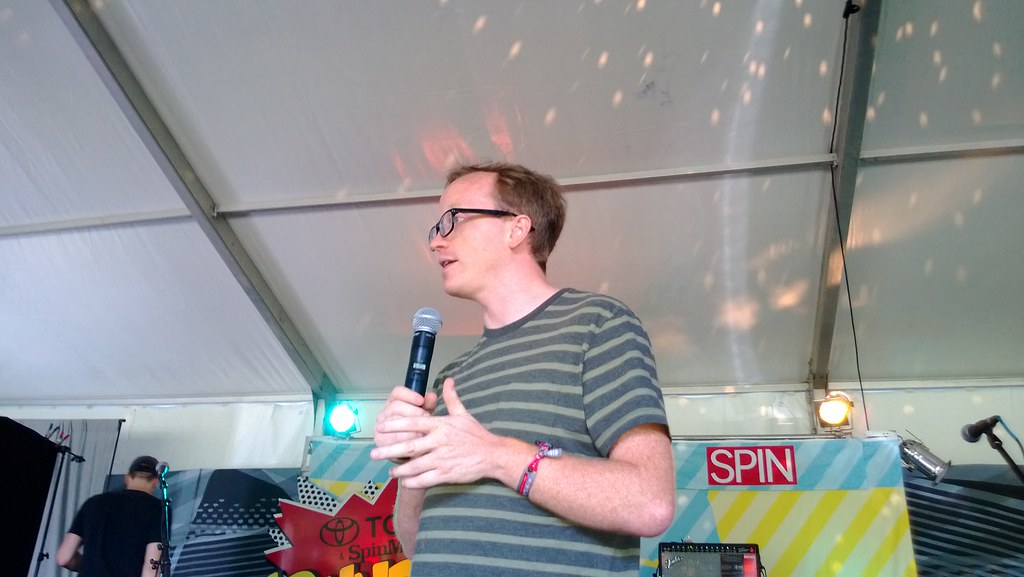 The MC at the Toyota tent, Chris Gethard, was fascinated by the dino. Well actually more that Ed wore a dinosaur t-shirt, had a watch with Danny on it, and his wedding vows were a story about two dinosaurs. Totally normal.

I blame wine day, but I didn’t get pictures of everyone we hung out with so: Squirt Boy, Lady M and her friend I spilled a lot drink on during The National, Aaron the “Festival Queen”, Josh/Rocio, Carlos/Melissa, Joman…. totally had a great time. Hope to see you in 2014.