Having a blog sounds like a great idea. Many times I have thought, “Man this is great thing. I should really sit down and write about this. Because no one has totally written about this.” Then I sit down and nothing comes out. I end up on a endless round-robin of reddit, facebook, and twitter. Luckily Instagram keeps my attention. Makes it super easy to post. A hash tag can explain so much sometimes. So below, my ‘grams. Not all of them, but my favorites.

You can find me on intstagram.com/gotshoo

Grayson Geebus, who insists on calling himself this now because we’ve called him Geebus so often. He does not believe his middle name is Edward. He will say, “Not Edward.” Imagine him saying that in a toddler slur. It sounds cute.

But Geebus has totally become fascinated with the Teenage Mutant Ninja Turtles. He’s never seen the show, but got a hat from someone and totally has become part of the turtle team. It doesn’t help that Grammy and BobPa fueled his obsession by breaking out his Uncle Sean’s old turtles, which includes a blimp, van, assorted villains. Essentially little boy heaven.

Below at the Springfield Arts Council’s Paint The Streets he got painted like a Ninja Turtle. Not a surprise at all. He smudged the paint right away. 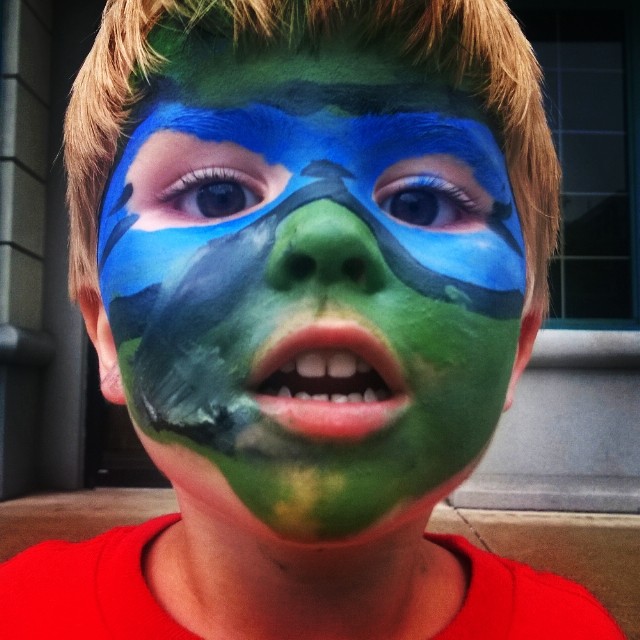 He loved painting on the streets. He even wrote his name. 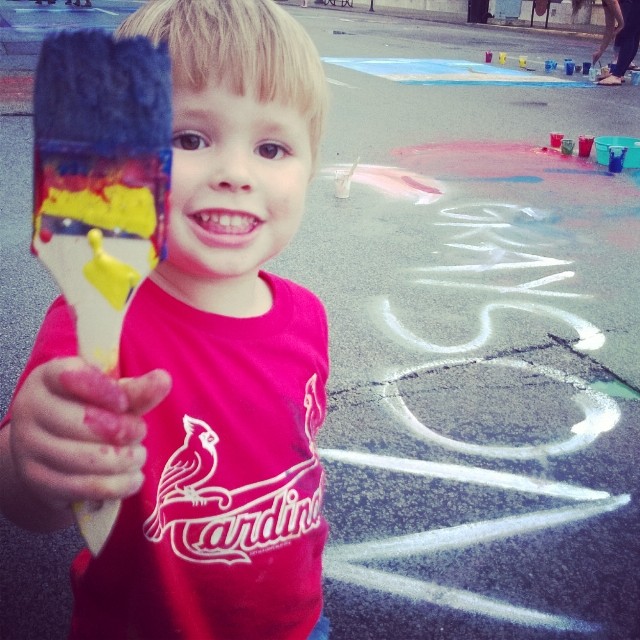 For the last couple of years I’ve been going to Lollapalooza as a pilgrimage to reclaim my youth. I may have a receding hairline but I can still dance like a fool. 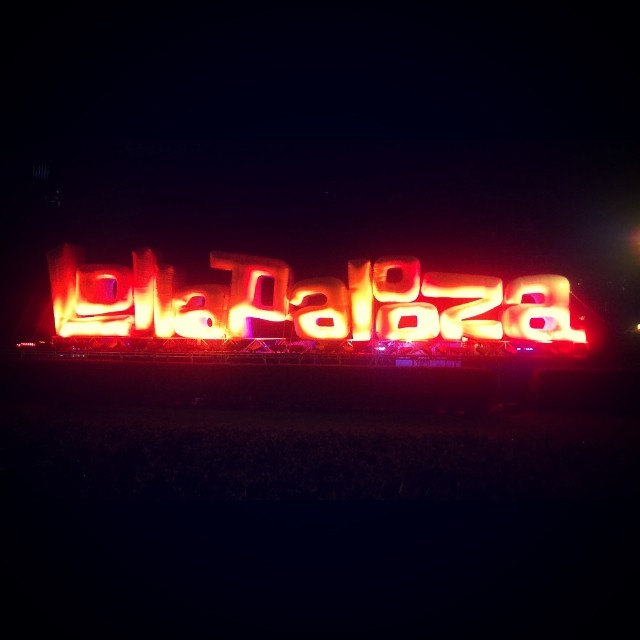 Part of going to Lollapalooza means I get to feast on beers and cheeseburgers. 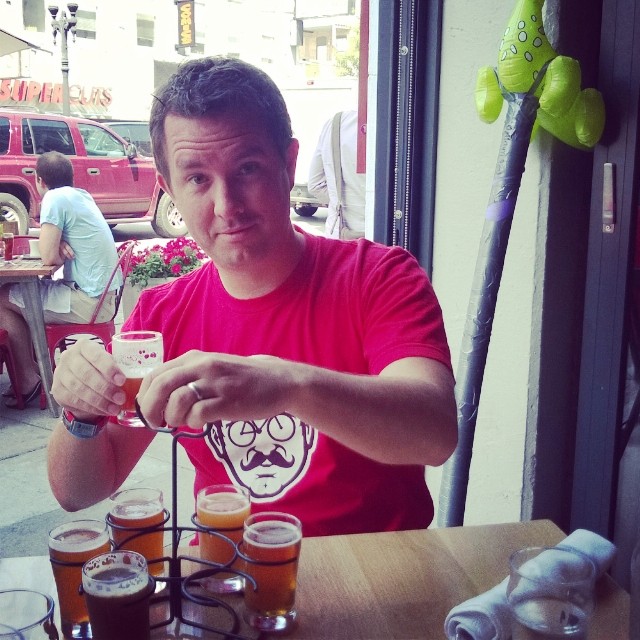 This work of art was from Au Cheval. Bacon was thick. Nuff’ said. 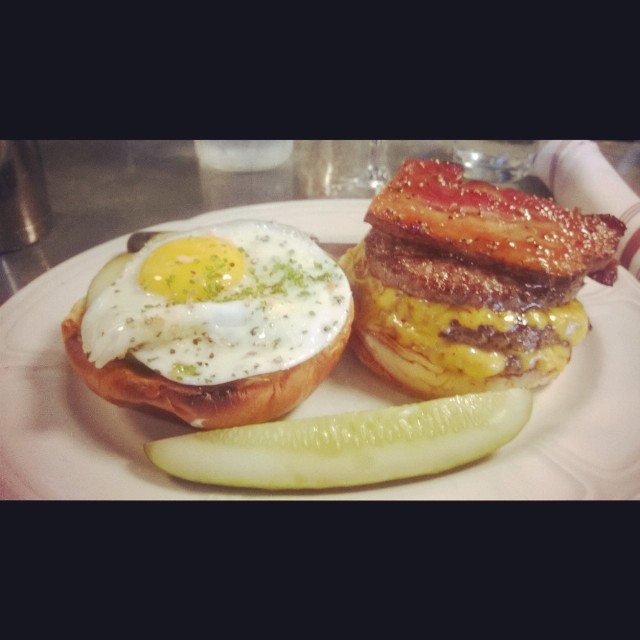 Our little dude had his first day of ‘school.’ No tears at all. The first day he told @mrsshoo to “Go home mom” two times. When I dropped him of today I got a hug and that was that. He is having so much fun that the teacher mentioned that she couldn’t believe it was his second day. He acted like a natural. 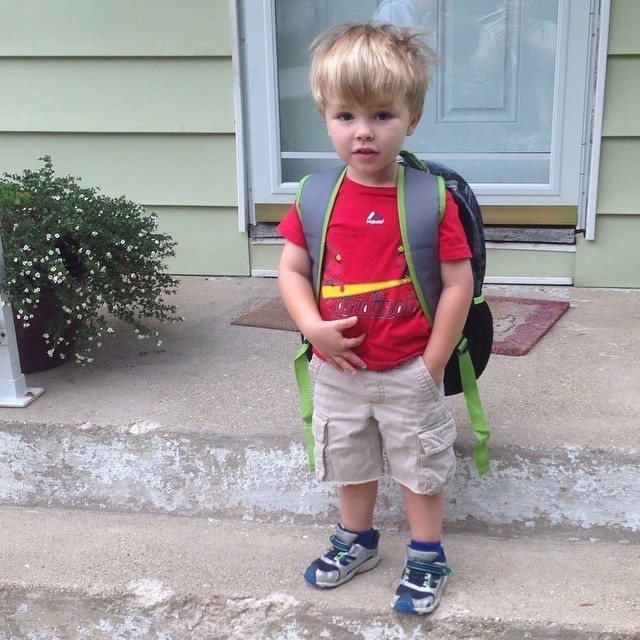