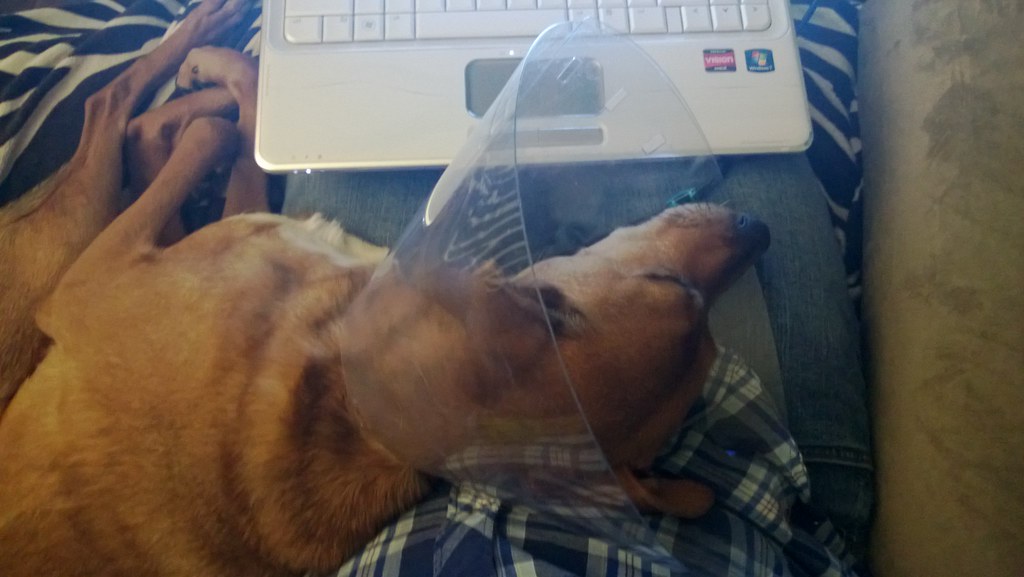 Clancy hurt his paw this week. It was inflamed and he wouldn’t stop licking it. He also chewed through his bandages several times. The is vet is making him wear “the cone of shame” for a week. His paw is already looking better. Hopefully he won’t have to wear for the full week because he’s knocked into everything, Grayson won’t stop grabbing it and he makes a mess when he tries to eat. We still love him and cuddle with him even though he’s wearing a satellite dish.